2016 – The Year for Live Video Streaming

It certainly looks like 2016 is becoming the year for live video streaming.

With Facebook recently launching Facebook Live, YouTube looks to be playing catch up.  YouTube announced that they have been offering live streaming before it was cool.  They were one of the first to offer live streaming back in 2011, which saw events like the Royal Wedding being broadcast.  However this time, live video streaming for YouTube has arrived for mobile.

YouTube has stated that mobile live streaming will be baked right into the core YouTube mobile app. You won’t need to open anything else, just hit the big red capture button right there in the corner, take or select a photo to use as a thumbnail, and you can broadcast live to your fans and chat in near real time. 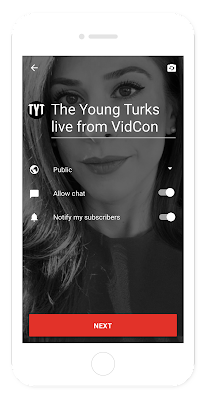 If you’re interested in exploring this further for your brand, let us know and we’ll be sure to provide advice and/or direct/film the live shoot for you.

Subscribe to our regular JCA e-newsletter to keep up-to-date with the latest news in marketing, advertising and design.